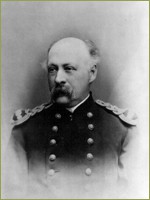 Richard Beverly Cole was born in Manchester, Virginia in 1829. His family moved to Philadelphia soon thereafter. His early education took place at Delaware Collegiate Institute. At the early age of sixteen, Cole began the study of medicine under the preceptorship of Professor Benjamin Dudley of Kentucky. His medical education continued at Transylvania University at Louisville. After one year, Cole transferred to Jefferson Medical College in Philadelphia from which he graduated in 1849. Cole may have chosen his specialty because of his famed professor of obstetrics, Charles D. Meigs. His graduation thesis discussed the controversial use of ether anesthesia in surgery.

He married Eugenie Bonaffon in Philadelphia in 1848. They had five children; all but two daughters died in infancy. At the age of twenty, Cole was in charge of the Pine Street Cholera Hospital where he saw more than 3,000 cases of cholera. He practiced three years in Philadelphia.

Cole was advised for health reasons to move to California. He did so during the "gold rush" period, sailing to a Panama crossing, then arriving in San Francisco aboard the steamship Cherokee in 1852. At the age of twenty-three, he was an accomplished surgeon, and San Francisco's first practitioner of the new specialty of obstetrics. Cole had performed three Cesarean sections in the East, a medical marvel in those days. He was a handsome man, with black wavy hair, dark eyes, and light skin. He was noted for his immaculate and well tailored clothes, and for his dashing horseback riding. He was frequently spoken of as a "dandy" because of his theatrical appearance and manner. He had great personal charm, although he could shock men and women alike with his swearing. All through his life he was considered a raconteur and bon vivant. Political life beckoned to one of San Francisco's leading after-dinner orators.

In addition to his medical practice on Montgomery Street, Cole served as Surgeon General to the forces of the Vigilance Committee in 1856, and subsequently was appointed Surgeon General of the state of California. Cole's first academic appointment was Professor of Obstetrics and Diseases of Women and Children and Physiology at the Medical Department of the University of the Pacific in 1859. He was Dean of the Medical Department from 1858-1864.

Cole added to his notoriety in 1858 when he read a committee report before the California State Medical Society. He was chairman of the "Committee on Obstetrics and Diseases of Women." The remarks of the young man of twenty-nine about the chastity of the ladies of California to which so many took exception were:

"…they yield to the solicitations of the opposite sex and seductive allurements of dissipation, and find themselves in a short time the prey of disease. This applies equally to the married and unmarried--and so general is it that I believe I am correct when I estimate two in every three females, who have reached the age of fifteen, to be victims of this dissipation and fashionable life."

Cole was exonerated of any intent to insult California womanhood, although the official report admitted that he had used language that "was very loose and improper." This admission, however, did not satisfy those who felt that strong action should be taken against him. Many members resigned because of Cole's exoneration, and the episode continued to be a controversial subject for many years.

In 1864, following the disappointing settlement of the Sponge Case, Cole went to Europe for a period of rest. After visiting Sir James Simpson in Edinburgh, he studied the medicine and surgery of France, Germany, and England. Among the many honors bestowed on him during this period, he became a Fellow of the Royal College of Surgeons. He also was made a Fellow both of the Obstetrical Society of London and the British Gynecological Society. Cole sent a steady stream of letters back to Medical Press, the medical journal he co-edited, to let his friends and enemies know that he was not to be forgotten.

Cole returned to San Francisco where his interest in public health brought him into the politics of the municipal and state Boards of Health. In 1867, Cole was a member of the Outside Lands Committee of the Board of Supervisors. He proposed that San Francisco develop 1000 acres west of the downtown area into what eventually became Golden Gate Park. Cole played a key role in the plans for the Affiliated Colleges rising above the park. From 1868 to 1870 he was Chairman of the Hospital Committee of the Board of Supervisors of San Francisco. It was mainly through his efforts that a new City and County hospital was built to replace the aging structure near the Toland Medical College. After his reconciliation with Hugh Toland, he served as Dean of the Toland Medical College and the Medical Department of the University of California from 1873 to 1882. Cole had a number of political positions of prominence. He was a San Francisco supervisor, State chairman of the Democratic Party, and Commander of the Knights Templar. He was Editor of Western Lancet in 1873, a publication that overtly represented the Medical Department of the University of California.

Cole was a dynamic teacher, sometimes theatrical. His lectures were so well prepared, no teaching notes were necessary. His students considered him the most able of the early faculty. He perhaps was less popular among those who did not like swearing, or the spitting of tobacco during lectures. Despite Cole's high regard for his profession, and his many accomplishments as a physician and teacher, he did not easily accept new ideas. He called the stethoscope a "lazy man's ear trumpet." He preferred his touch to the thermometer. Cole considered Listerism totally unnecessary provided one used "plenty of soap and an open faucet." He contended that antiseptics had not reduced maternal mortality in the least. The advances of Semmelweis and Oliver Wendell Holmes on puerperal fever fell on deaf ears with Beverly Cole. He called these "the German views" and held them to be impractical. Cole felt that the English were far superior and Simpson was the "Napoleon of the profession." As a measure of his resistance to change in medical technology, Cole, throughout his career, carried a lump of alum in his vest pocket for the treatment of uterine hemorrhage. The treatment he introduced to San Francisco upon his arrival, he still recommended many decades later.

Cole's loyalty to the University of California also was unswerving. It is said that he could "beg with the skill and grace of a medieval friar" when soliciting donations for the University of California Medical School. The older he got, the more of his time was devoted to political endeavors. In 1884 he was elected President of the Medical Society of the State of California. He was President of the American Medical Association from 1895 to 1896. After his installation, he said that the honor of being made president of the American Medical Association was all the greater because it was unsolicited and unexpected. Those who knew Cole's electioneering talents found great humor in the remark. In 1897 he was on Mount Parnassus for the laying of the cornerstone of the Affiliated Colleges of the University of California. He died in 1901 of a stroke. Energetic to the end, he was serving at the time as Coroner of San Francisco and as a member of the State Board of Health.