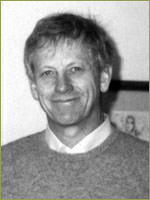 Rutter’s postdoctoral work began at the University of Wisconsin where he studied enzyme chemistry with Henry Lardy at the Institute for Enzyme Research. In 1954 he pursued his interest in enzymes further, spending a year at the Nobel Institute with Hugo Theorell, working on aldolase.

In 1955 he returned to the mid-west to join the faculty in the department of chemistry at the University of Illinois, and remained there for eight years. During this time he began studies on the regulation of RNA transcription, and his interests turned to biological problems. In 1962 he spent a year at Stanford on a Guggenheim Fellowship working in biology on embryonic development of the pancreas. In 1963 he returned to Illinois as a full professor of chemistry, but in 1965 he moved to the University of Washington, accepting a joint professorship in the departments of biochemistry and genetics. This enabled him to combine his interests in chemistry and biology by looking at molecular mechanisms in higher living organisms. He was particularly attracted to the opportunity to work in a genetics department involved in the active study of simple eukaryotic systems. (Drosophila, yeast). At Seattle, Rutter continued his work on the pancreatic system and began focusing on mechanisms of DNA transcription.

In 1968, UCSF succeeded in recruiting Rutter to UCSF to develop a new department of Biochemistry and Biophysics. Gordon Tomkins, a molecular endocrinologist from the NIH, joined him as vice chair and together they began to successfully recruit key researchers who laid the foundation for a multidisciplinary approach to the biology of eukaryotes, using the rapidly developing tools of molecular biology.

Bill Rutter’s own career exemplified the success of the collaborative and interdisciplinary research style he brought to UCSF. He continued research in RNA polymerase transcription systems operating in eukaryotic gene expression. He completed structural and functional analysis and cloning of the rat and human insulin genes using the tools of recombinant DNA technology developed in 1973 by colleagues Herbert Boyer (UCSF) and Stanley Cohen (Stanford). In 1981 Rutter and two colleagues founded Chiron in an effort to explore the business applications and potential solutions to problems of human disease. He conducted Hepatitis B research, which resulted in development with Chiron and Merck of the vaccine for Hepatitis B, the first recombinant vaccine. Also at Chiron, he worked on the first sequencing of the HIV genome in 1984, and discovered, sequenced, and cloned the Hepatitis C virus in 1987. This opened the way for the development of diagnostic tests, therapeutic drugs, and vaccines against these viruses, and pioneered other projects aimed at therapy of cancer and metabolic disease.

Rutter remained Chair of the Department of Biochemistry and Biophysics until 1982, when he was appointed director of the Hormone Research Institute at UCSF. He retired in 1991 and retains the title of Herzstein Professor of Biochemistry emeritus. During his prolific career, Rutter and his colleagues published more than 380 scientific articles and he holds more than 25 patents. In addition to many honors, he was elected to the National Academy of Sciences and the American Academy of Arts and Sciences.

After his retirement from UCSF in 1991, William Rutter began a second distinguished career as spokesman and developer of the biotechnology industry, and subsequent years have brought new work and more recognition. He remained an active advisor to the UCSF campus, was among the planners of UCSF’s Mission Bay Campus, and in 1996, he was awarded the UCSF medal for his personal contributions in the health sciences. Also in 1996, he received the Heinz Award “for his role in helping to create the biotechnology industry and for his interest in shaping the industry to serve society.” In 1999 he founded Synergenics, L.L.C., a consortium of commonly owned but independent biotech companies organized to offer a cost-effective approach to startups in the life sciences industry in the form of financial support, shared lab space, management and administrative services. In 2000, Rutter’s Chiron corporation was given the Lasker Award for clinical medical research, for “its breakthrough research on the Hepatitis C virus and for its development of new blood screening technologies.” The Chemical Heritage Foundation presented Rutter the 2003 Biotechnology Heritage Award for “his contributions to vaccination and genome research as well as his tireless work in the field of biotechnology in general.” Fittingly, in late 2007, UCSF announced that Mission Bay’s newest building, designed to facilitate communications between industry and the campus, would be named the “William Rutter Center”.

The story of William Rutter’s academic career and time at UCSF is told in an oral history that may be accessed online at: http://content.cdlib.org/ark:/13030/kt7q2nb2hm/